Tokyo has so many areas, you can spend the entire day in one little ward. 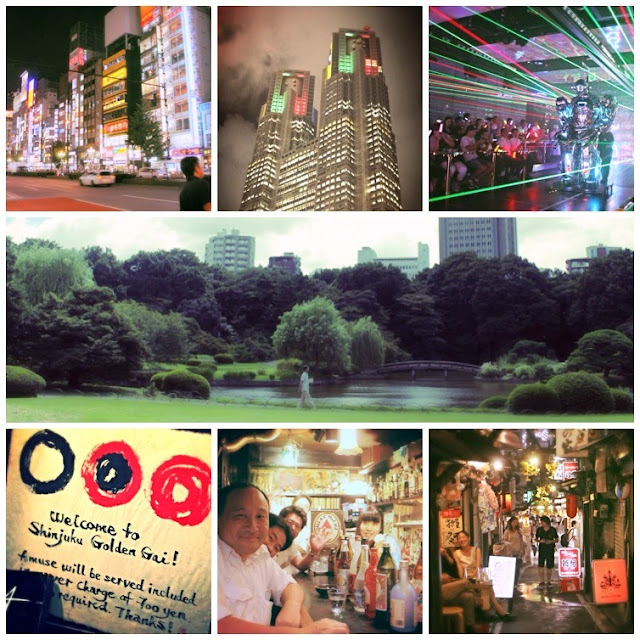 We stayed in Shinjuku, which is probably the craziest and busiest areas of Tokyo. We were a 5 minute walk from the biggest train station in the world - Shinjuku Station. It has around 400 exits and over 4 million people pass through each day. Everyday, we took this train and ended up getting lost! I live in Southern California and sit in traffic everyday, but this was way different - body traffic! Best of all, it has a mall on top of it - Lumine Mall.

After shopping, we went to Shinjuku-Gyoen Imperial Garden for a boxed lunch.  It was a nice rest from all the shopping! Beautiful Japanese, English Rose, and French garden all in one. Nice place to rest after shopping.

The robot in the picture you ask? Me and the hubs really wanted to see a sumo match, but we visited before the sumo season began. So, he needed to see some form of entertainment and what did he choose, Robot Restaurant. It was weird, but fun. A giant stuffed panda, robots, laser beams.

We topped off the day at Golden Gai, a cute drink alley behind the bustling streets. There are rows of 4-seater bars. We met some great people and bought the whole bar a shot of Sake (good there was only 4 people).


CreamCraft
Posted by Karen at 5:36 PM

Hi I'm Karen. Thanks for visiting my blog! 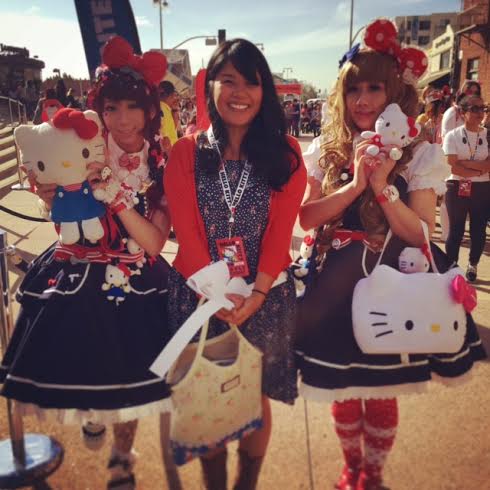 I run creamcraftgoods. I like to make cute, girly things.